Over the last year, we have noticed our Little Man was a little different.  He is obsessed with trains, loves things in a meticulous order, is very finicky and ultimately does things on his own terms. However, he is super sweet, affectionate and most of all, loves his Mommy!

I have been guilty of comparing my two children.  Then discounting the comparison when I think about the gender differences.  I often made excuses that he was "just a boy."

When he started to Pre-K last year, it was obvious he was different from his peers.  He knew all his letters, his numbers, how to add simple math, and even read a few words. What we didn't know was that all this had to be on his own terms, not someone else's.  He has not been still long enough to practice coloring or writing his name.  When we tried to work on writing his name or coloring in the lines, it became a battle of the wills.  His teacher soon became frustrated with him, and would discipline him by sending him to the office for a spanking with the principal.  Needless to say, this didn't work out very well, and he was experiencing severe anxiety about going to school.  The principal would call daily and we had extensive visits about the lengths to which we were in fact disciplining our child.  I would even make him redo his work in the evening and send it back for his teacher the next day.

After struggling with what to do, we made the decision to pull him out of the pre-K program and send him back to daycare where he was not having issues.  His daycare teacher was willing to work on his terms to get the results she desired.  We began the testing process last November, and have continued to try and find out why our child acted the way he does.  We have been to our pediatrician, a psychiatrist, a cardiologist and  then a neurologist. With all these visits, no one was willing to diagnose him with anything other than profound ADHD.

We even tried to get behavioral therapy, but no one was willing to work with us because we have private insurance.  Who knew if you were not on Medicaid, you couldn't get the help your child needs.  One provided did tell us that we could pay out of pocket, to the tune of $2,100 per month!  Yes, you read that right.  I had to make a decision that we are not going to take out huge loans to get therapy unless every other avenue was exhausted.  I have felt like I failed him as a parent on more than one occasion.  This was a huge blow, and it was frustrating to say the least.

Today, we finally had the appointment we have been so patiently waiting for.  It took us nine months to get worked into her schedule, but I am so glad we waited. We went and met with Dr. Fuller, and she was amazing.  She was patient, kind and it felt more like visiting with a girlfriend, rather than being grilled by condescending specialist.  She evaluated our Little Man, and saw him for the rather awesome individual he is, rather than his quirkiness and short attention span. She saw him as a child that is dealing with the affects of a silent disorder know as Autism.

As a parent, it is difficult to imagine your child as anything less than perfect.  We only want the best for our children, and it is very hard to hear that something is wrong.  However, in a strange way, today I feel a sense of relief. A relief knowing that there is an explanation for his behavior that draws so many stares from strangers.  That there really is a reason my son throws temper tantrums when he doesn't get to take his train to daycare.  That there is a reason he hates to wear blue jeans. That there is a reason he knows every finite detail about trains, their tracks, cars and even the couplers that connect the train together.  That I am not the poster child for a bad parent, but one that is just trying to get through each day.

As I reflect on the next steps, I a little overwhelmed.  There are many therapies and treatments, and we are exploring which ones will be best for him.  The biggest challenge will be to adhere to the dietary guidelines that might help him the most.  The doctor has recommended he go on a gluten and dairy free diet.  For a kiddo that loves milk and chicken nuggets, this might be challenging, but I am up for anything that will help him!

I will try and do better about sharing in this journey too, and hopefully I can help someone else along the way.  If you see a Mom quickly pull Mr. Bad Spoon out of her purse, while they are visiting a restaurant, please don't be so quick to judge.  Some days it is all I have... Even with the best structure and discipline, there are days that are challenging.

I know that this is a special journey I have been chosen for, and that God never gives us more than we can handle.  Special children are given to special people, and as hard as it is today, I will chose to smile, love my babies, and enjoy every minute of the journey!  I know that I have learned more from my Special Little Man than he will ever know.

Until next time, make every day a journey, 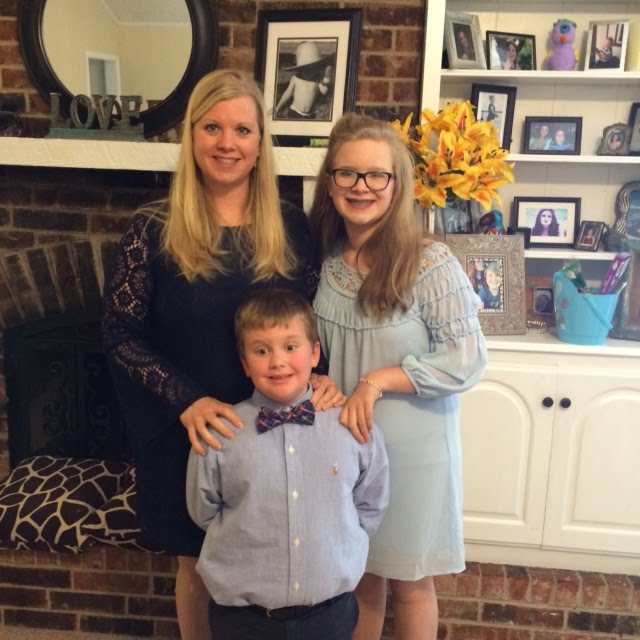 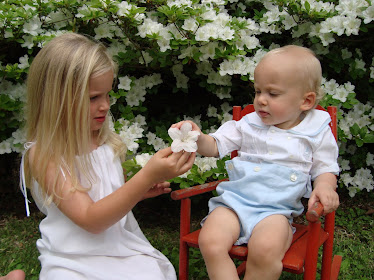 The loves of my life...my beautiful children!

Sarah
I am Sarah. I am a Mom. I work full time in sales. I have a love for family, friends and entertaining. I love to cook, travel, adventure and live life to the fullest. I am a gourmet foodie who loves creating new recipes, fine dining and exotic ingredients. I love being adventurous and random, and can't wait to embrace what life has around each turn!